A Home-Built RV That Isn’t Scary! This 1942 Chevrolet G506 Army Truck Is Beautiful! 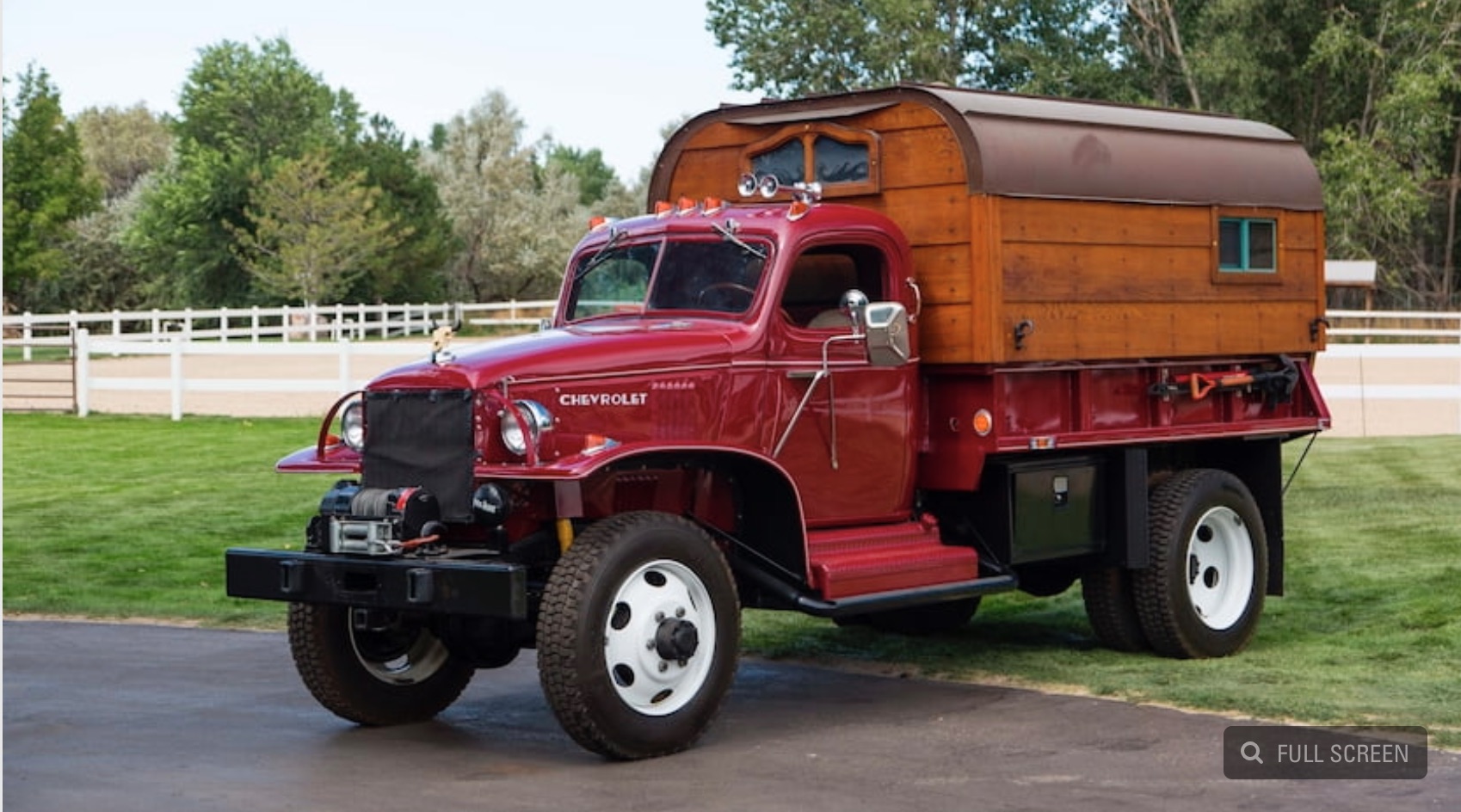 World War II ramped up manufacturing in the United States like nothing else had before. Factories cranked out ships, planes, trains and trucks by the millions in the name of the War Effort. Everyone was on board…there really wasn’t much of a choice in the matter. The perceived threat of the Axis powers was so great that any chance of a loss could not be hazarded. GM was deep into military service vehicles at the time and was cranking out two main-use vehicles, the GMC CCKW and the Chevrolet G506 series of trucks. The Chevrolets were 1 1/2 ton trucks that used a 235ci straight six, non-synchro four-speed manual trans, a two-speed transfer case, and live axles on leaf springs and except for panel vans, COE cargo trucks and bomb service tricks all looked as you’d expect a WWII military truck to look like, with a rounded cab, fender-mounted headlights, and the brushguard up front. 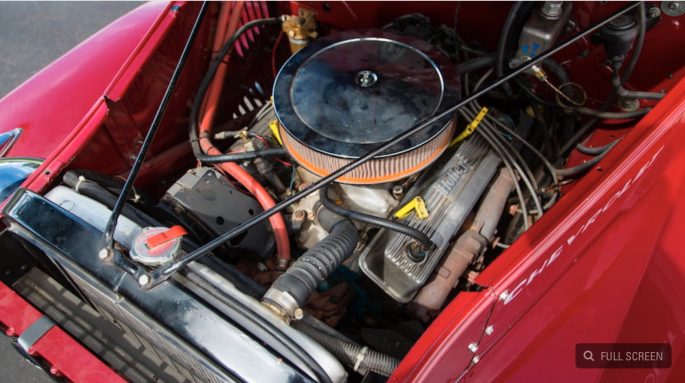 Nearly 170,000 examples of the G506 were made before production ceased in 1945, and a large majority of the trucks (at least over 150,000) were sent to the Soviet Union under Lend-Lease, and the remainder found their way into surplus fields and ultimately, out into the public. You can’t keep a good workhorse down, but you can improve on it from what you had when you were riding around France in one! You have to wonder, then, if some GI from back in the day had dreamed of turning one of the motorpool trucks into the creation you see here: a beautifully restored and modified example of the model G-7117 (Truck, 1 1/2 Ton, 4×4, with Winch) that has one of the most beautifully crafted plug-in camper shells we’ve ever seen. The camper’s body is oak, with brass elements and engraving on the door. There’s a sleeper and a kitchenette inside of the camper. Under the hood, the straight-six has been ditched in favor of a 350ci V8, but the four-speed and four-wheel-drive is still present. 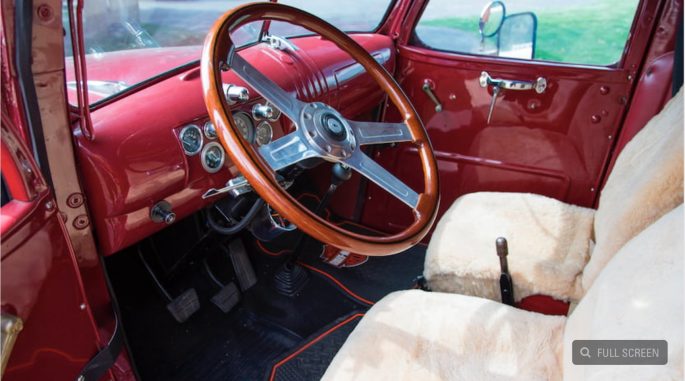 Very little needs to be added on here. Where would you take this truck? I’m picturing a very nice evening somewhere in the desert southwest, a small campfire nearby and nobody else for miles. How about you? 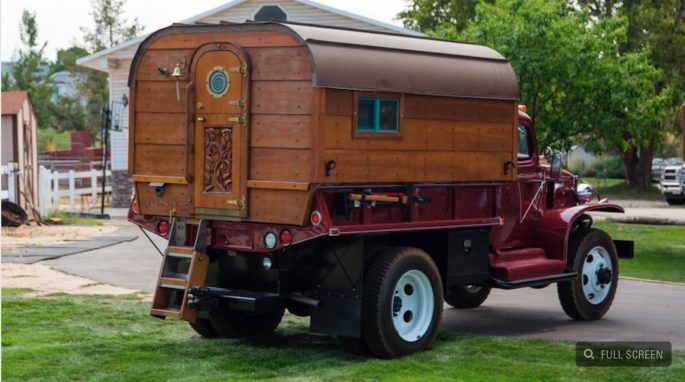